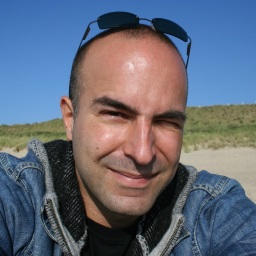 At the last meeting of our UserGroup I’ve presented a list of tools I’m using frequently. Because of strong demand I promised to publish it here on my blog:

TweakUI
This PowerToy gives you access to system settings that are not exposed in the Windows XP default user interface, including mouse settings, Explorer settings, taskbar settings, and more.

ClearType Tuner PowerToy
This PowerToy lets you use ClearType technology to make it easier to read text on your screen, and installs in the Control Panel for easy access.

TaskSwitchXP
is a replacement for the standard Windows Alt-Tab switcher, which adds visual styles to the dialog and offers a thumbnail preview. It can also minimize applications to the taskbar notification area by right-clicking their minimize button.

LClock
An enhanced clock for the taskbar notification area.

MSN Toolbar Suite
No need to describe this, right?

Synergy
Allows you to share a single mouse and keyboard between multiple computers. I use to control both my desktop and my laptop with the devices attached to the desktop. It even synchronizes the clipboard.

Plaxo
Synchronizes my contacts and appointments between my work and my home machines.

ClipPath
A little shell extension which copies the selected files path to the clipboard. One of those little tools which value you don’t appreciate until you need it.

Dependancy Walker
Scans any Win32 module and builds a hierarchical tree diagram of all dependent modules.

psubst
Similar to subst, but persistent, i.e. the substitutions are kept after reboots.

WinCvs and TortoiseCVS
The former is a stand-alone GUI client for CVS, while the latter is a shell extension.

ReSharper
A refactoring add-in for Visual Studio, which also supports enhanced highlighting (including errors and warnings), intellisense, and much more.

GhostDoc
An add-in for Visual Studio automating the creation of XML documentation comments.

That’s it for today. I bet the real list of tools on my machine is more than two times as long as the list above, so perhaps I’ll update this post later… at least I’ve planned so.